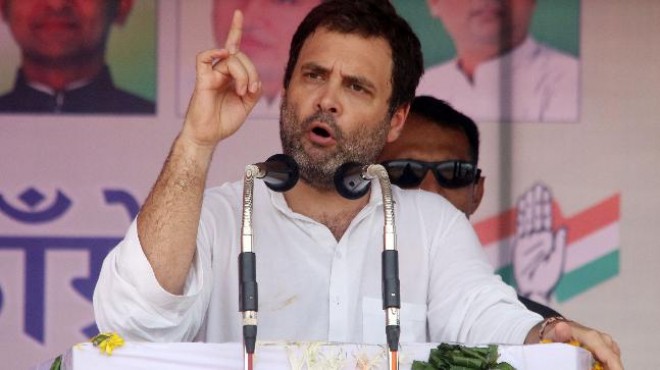 New Delhi, Mar 14: Rahul Gandhi attacked Prime Minister Modi after being a failure in the declaration of gangster Masood Azhar as a global terrorist. Rahul tweeted that the weak Prime Minister was scared of China. Against the attitude of China, PM did not react as two words have not come out of his mouth against China.

It is known that China has once again defended the leader of the Jaish-e-Mohammed gangster Masood Azhar. Giving the reason for the technical hold, China has saved Masood from being declared a global terrorist. Even many members of the United Nations Security Council (UNSC) including the US are upset with China's selfish move.

In spite of this attitude of China, Prime Minister Narendra Modi did not react and did not take a step against China, Rahul Gandhi has pulled the leg of Prime Minister in this issue. His tweet on Thursday morning with a news link.