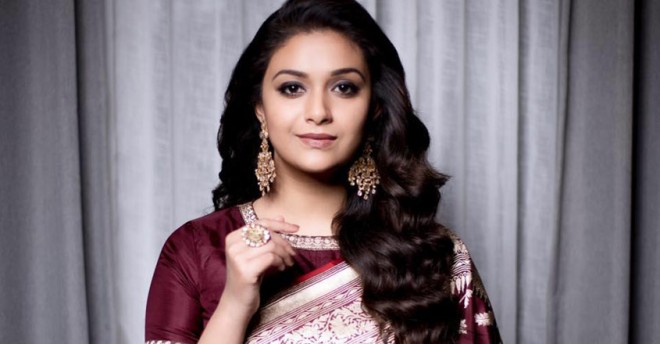 Mumbai, Mar 13: Keerthi Suresh, who is in the new heights of her career with blockbuster biopic 'Mahanati' was last seen in Vijay's movie 'Sarkar' and is currently filming for a Malayalam film, directed by Priyadarshan. Keerthi was the leading star heroine in south India at present, is also making her Bollywood debut and the movie is confirmed now. Here are some interesting details of the project.

Keerthi is all set to pair opposite Ajay Devgn, in a film directed by 'Badhaai Ho' director Amit Sharma. The film is touted to be based on the glory of the Indian football team in the years. The project is jointly bankrolled by Boney Kapoor, Akash Chawla and Arunava Joy. The much-awaited film has garnered a lot of expectations and has sure made the fans excited.

Ajay Devgn was last seen in 'Total Dhamaal', which is a sequel to the 'Dhamaal' movie franchise. He will also be seen in the period film 'Taanaji: The Unsung Warrior', which will have Saif Ali Khan and Ajay Devgn playing the leads.