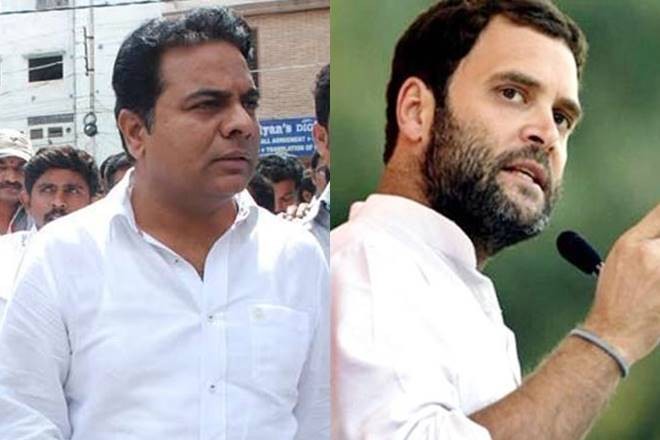 KTR gave counter to Congress President Rahul Gandhi on Twitter. He tweeted that "Everyone in the country knows that all the remote controlling Prime ministers and chief ministers are patents of Congress Party. The Congress and the BJP are planning to rule the states but their remote and future are in the hands of the people of Telangana".

As Rahul Gandhi triggered bullets on TRS Party and KCR in the Congress meeting held in Shamshabad and also In his Twitter he commented that "Narendra Modi is controlling KCR with his Remote". For this comments, KTR gave a countering reply in his style.

Users in the Twitter are discussing that, as Lok Sabha polls have only a month time so the leaders are campaigning with verbal wars in social media platforms.