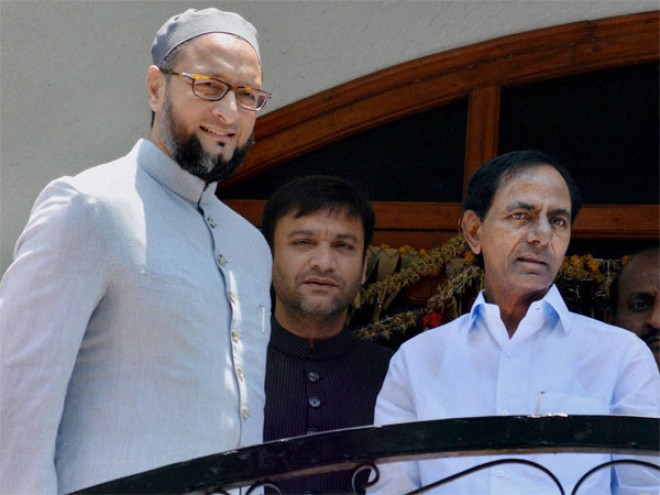 MIM Party may have very few MLA seats and Asaduddin Owaisi may be the only MP from his party in the Parliament. But the power he is having in the state of Telangana surprases all TRS leaders.

KCR gives utmorst importance to him and he is the only leader who can get easy access to Telangana CM. Now KCR and Owaisi are planning to show the power of Federal Front in the upcoming Loksabha elections.

Owaisi commented about Congress and elections saying the "Game is on". He said "Let the Congress cross 120 seats. If they get 150 then you become the chowkidar. All chowkidars are not chore."

He added "I am going to tour the state of Telangana and we are going to win 17 seats (along with the TRS). If my friend Y.S. Jagan Mohan Reddy wants me to come to Andhra Pradesh, I will go there too and will campaign for him. The total seats of TS and AP will strengthen regional parties and they are going to play a huge role at the Centre. The majority government has failed and was not good for the people. Regional parties have to be at the Centre to bring benefit to their states."

He added, "If Congress gets 120 seats then TS wins and there will also be win for Jagan Mohan Reddy in Andhra Pradesh. The two Telugu states are going to benefit and what Naidu could not do, Jagan Reddy will do for the state."