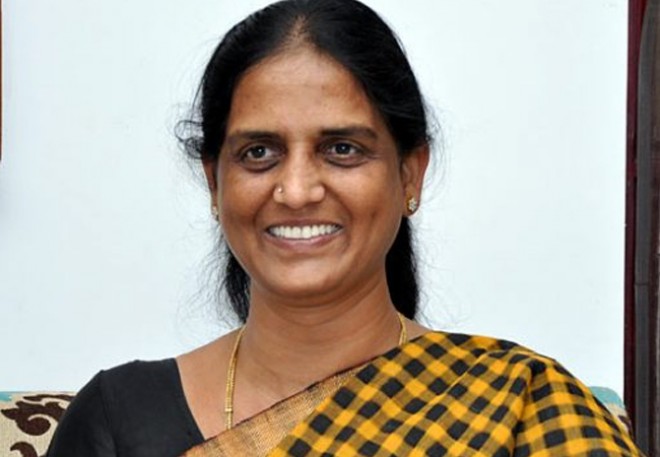 Earlier, Sabhitha Reddy's meeting with KTR just before the release of the LS schedule had also raised quite a few eyebrows. Her meeting with Nizamabad MP Kavitha has fuelled the rumours that Sabitha Reddy would soon be defecting to the TRS.

According to the Party insiders report that Sabitha Reddy is willing to join the TRS if the pink party allocated a Chevella parliament ticket to her son Karthik.