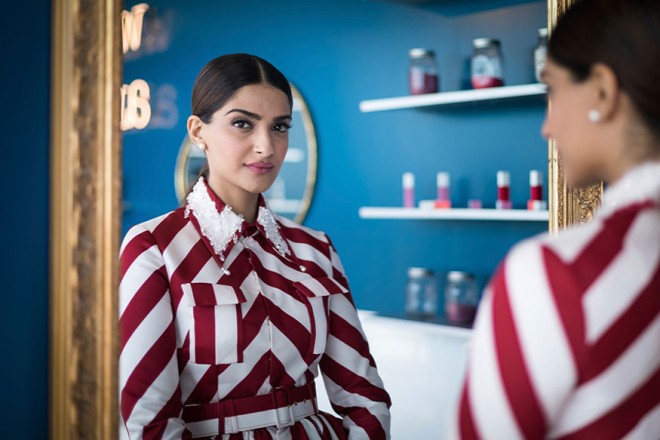 Mumbai, Mar 08: Variety releases their renowned Women's Impact Report, each year, to salute women who have made an impact in entertainment and lifestyle category, both business and creative, around the globe. This year's report features Sonam Kapoor Ahuja (33) as making a positive impact in a major way in Bollywood. Sonam shared the report on her Twitter handle and expressed her happiness on being featured in this year's issue.

The report mentions her achievements in a short introduction to her work in the Hindi film industry in the recent past. It reads.....

"Last year, the busy Bollywood actress starred in women-empowerment comedy 'Veere di Wedding'; 'Padman', in which her character facilitates the journey of a man who makes it his life's mission to provide affordable sanitary pads to rural Indian women; and 'Sanju', Bollywood's highest grosser of the year. Already in 2019, she has starred in 'Ek ladki ko dekha toh aisa laga', Bollywood’s first mainstream LGBTQIA film.

"Labels and stereotypes are dangerous and detrimental and it has always been my endeavor to break them," Kapoor Ahuja tells Variety. "No effort is too small. Someday we are all just going to be memories and it’s my aim to be the best one I possibly can."

Sonam is one of the actresses who has taken the responsibility of featuring in films that are either centered on women (or) spotlight women issues. The films that the report lists have all made an impact on the kind of representation that actresses are generally associated with in Bollywood. In 2017, while her film Neerja won the National Award for Best Hindi Film, she also received a special mention for her performance.

In her own small way, along with sister Rhea Kapoor, she has taken it upon herself to change the way in which Bollywood and the audience perceive women and their relationships, as portrayed on-screen (cue Ek Ladki Ko Dekha Toh Aisa Laga). She will next feature in The Zoya Factor which is based on the 2008 best selling novel by Anuja Chauhan.