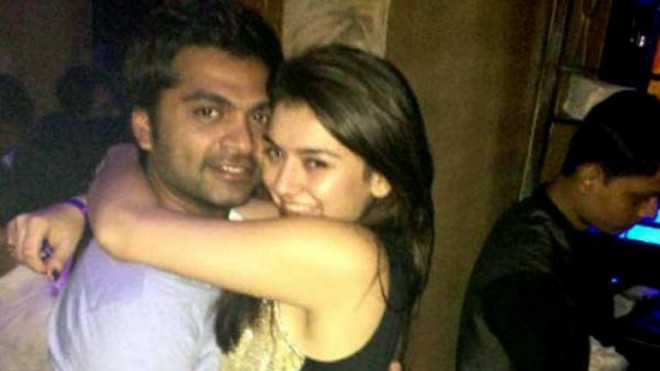 Hyderabad, Mar 06: Actress Hansika Motwani just confirmed the news on her social media that Simbu is part of the forthcoming movie Maha.

Actor Simbu and Hansika Motwani, have decided to bury the hatchet of old relationship gone sour and will be seen working together in forthcoming film Maha.

The actress Hansika took to her social media and confirmed the news. She tweeted, “Since the buzz is crazy and the news is leaked out way before time. Me and #STR are back in #MAHA”

Rumours are rife that Simbu will be doing an extended guest appearance in Maha. The actor has agreed to work in the Hansika Motwani-starrer, thereby putting his personal equation with her behind him. The film is helmed by UR Jameel.

The actor plays the role named Shoiab whose portions will appear in the flashback. His scenes will be shot in Istanbul and he will join the shooting soon. The movie has created a lot of buzz after bold and controversial posters were unveiled a few months ago. Especially, the poster in which Hansika was seen smoking chillum had raised the eyebrows of the conservative audience.

STR to star in a song for Hansika's 'Maha'.
Now the latest update is that STR will be seen in a special appearance role for a song in Hansika's 50th film 'Maha'. It is also reported that he has been given a call sheet of 7 days #flico #Kollywood #HansikaMotwani #STR #Maha pic.twitter.com/uw6Y02bPLg