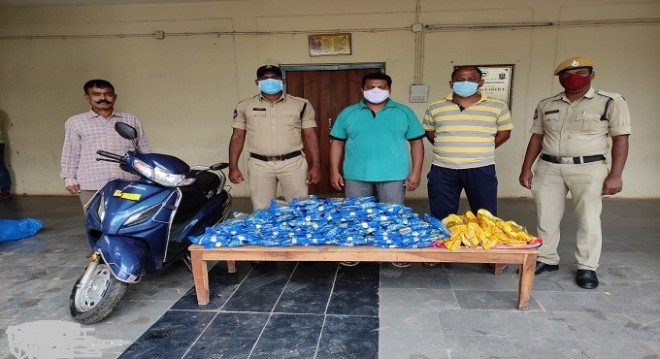 Mancherial: Sleuths of Ramagundam Task Force arrested three persons for allegedly smuggling spurious seeds at Indaram village in Jaipur mandal on Thursday. Another accused was absconding. Seeds worth Rs 3 lakh, a motorbike, trolley and three mobile phones were recovered from them.

Raghavendra, Yashwanth and Subhash were detained when they were shipping the seeds from Andhra Pradesh to Mancherial by a trolley, following a tip.

During interrogation, the trio confessed to committing the crime to make a quick buck. They admitted that they were smuggling the seeds under the guise of transporting essentials. They disclosed that they were importing the seeds from Andhra Pradesh and Karnataka states and were selling the same to gullible farmers of erstwhile Adilabad district.