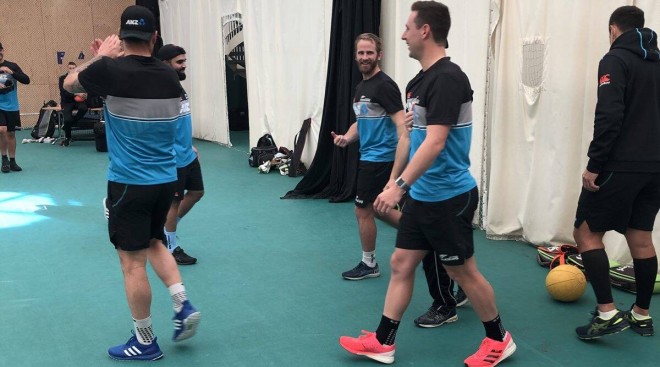 New zealand players have joined with there team in the training session for the upcoming series with England team.

The IPL contingent comprising Williamson, Kyle Jamieson, Mitchell Santner, team physio Tommy Simsek and Chris Donaldson, the national team's strength and conditioning coach, arrived in the UK last week from the Maldives, where they stopped over after their departure from India.


The Kiwis are scheduled to play England in two Tests in the first and second week of next month, following which they will face India in the ICC World Test Championship final from June 18-22.