In Mamillapalle village the blast of gelatin sticks 10 people were killed and several injured. 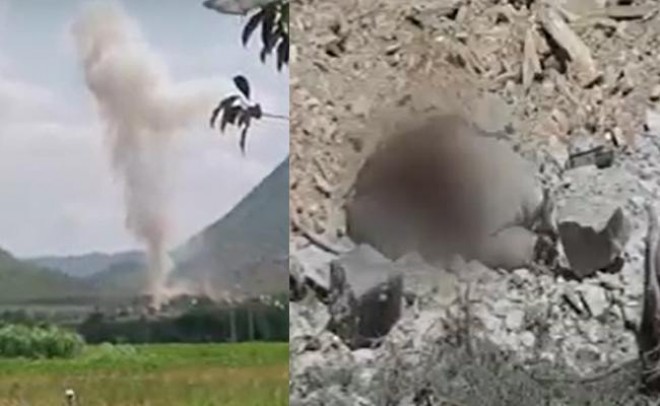 At least 10 people were killed and several injured due to the blast of gelatin sticks at Mamillapalle village of Kalasapadu mandal on Saturday. All dressed and injured persons were hailed from various villages of Pulivendula mandal. The exact number of deaths not calculated as the bodies were turned into pieces and scattered at the surrounding area of incident place. Some bodies clutched in the lime stone quarry. This tragic incident was taken place around 9.30 Pm.

Police from Porumamilla and Kasinayina mandal rushed to the spot launched rescue operations. Exact reasons not established about the blast. Mining officials reached to the incident place from Kadapa said permission of lime stone quarry was already cancelled long back. Rescue operations were going on. Kasinayina police registered the case and are investigating.

According to the sources a jelitin sticks lorry carrying carrying labor from Pulivendula mandal lime stone quarry situated to Mamillapalle village where on Saturday. When the lorry reaching to the quarry suddenly blasted leads the incident.