The Telangana High Court imposed fine on the Revenue Department? 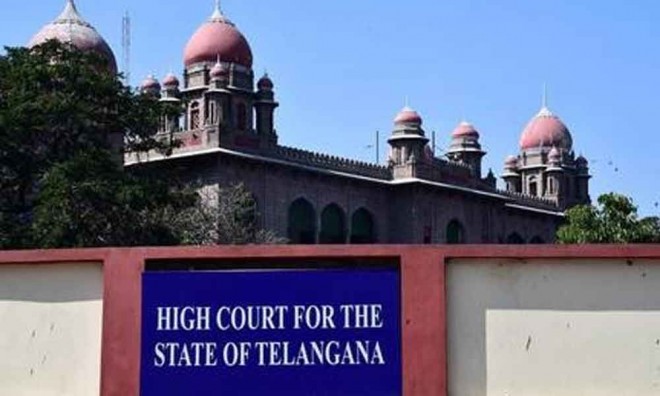 The panel was dealing with a writ petition filed by Kamuni Veera Balaiah and three others against the department for not considering and extending benefits of an RR package in terms of the representation made by them and also in terms of the socio-economic survey conducted by the government. The panel directed the revenue authorities to pay a fine of Rs 2,500 to each petitioner as the Special Government Pleader failed to file a counter even after he was given multiple chances. The counsel for the petitioner pleaded that various families were affected due to land acquisition and that several representations were made to officials requesting them to take action under the rehabilitation scheme. However, there was no response from their side.
The court summoned the District Collector, Siddipet, to the court on the next hearing on June 9.

Monuments plunged into darkness: Court
The same panel on Tuesday voiced displeasure at how conservation works were going on at various monuments in Hyderabad. The panel took up an article published in an English daily newspaper in public interest.

The article pointed out that the Archaeological Survey of India was not addressing the aspects related to restoration, conservation and maintenance of monuments in Hyderabad, mainly Golconda Fort and Qutub Shahi Tombs. The counsel for the State government pointed out that due to incessant and unexpected rain in October 2020, damage was done to Golconda Fort. Though the Director-General of Archaeological Survey of India granted permission for the restoration of the monuments, the work done by AGA Khan for refurbishing the monuments with a substantial report proving the same was not placed before the panel.

The panel came down heavily on the government saying the conservation done so far was not acceptable. It pointed out that the monuments were plunged into darkness with street dogs all over. Further, the panel directed the State and Central governments to give a detailed plan with a timeline and a budget for restoration, conservation and maintenance of the Fort and Qutub Shahi Tombs. The panel, granting the last opportunity of two weeks to the authorities, pointed out that if a report is not filed, the Director-General of Archaeological Survey of India and the Secretary of Youth Advancement Tourism and Culture Department shall be summoned to assist the court on various aspects. The matter has been adjourned to April 15.

A two-judge panel of the High Court comprising Justice M S Ramchandra Rao and Justice T Vinod Kumar on Tuesday rejected the plea of the State government and the Wakf Board for any title on land in Survey No 80 of Hafeezpet village.

The prime land has been locked in litigations over private and government claims. The government lost its claim in the apex court. The panel imposed a cost of Rs 50,000 each to be paid by the government and the Wakf Board independently to each of the petitioners. The panel was dealing with a batch of writ pleas filed by K Praveen Kumar and others to declare the gazette wherein the Munthaqhab was entered into the endowment book which were void and in violation of the provisions of Wakf Act, 1995.

The panel directed that the said survey number be deleted from the land of the Wakf Board and that the government subdivide the land in survey no 80A to 80D.