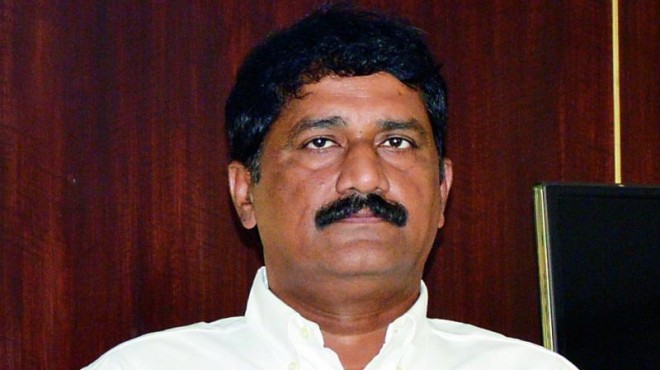 Former minister and TDP MLA Ganta Srinivasa Rao met Andhra Pradesh Assembly Speaker Tammineni Sitaram on Thursday. Ganta Srinivasa Rao who resigned in speaker format in protest of the privatization of the Visakhapatnam steel plant submitted his resignation letter to the convener of the Journalist Forum in Visakhapatnam. The resignation letter was sent to the office of the Speaker of the AP Assembly by the Journalist Forum leaders.

In this backdrop, Ganta Srinivasa Rao met AP Assembly Speaker Tammineni Sitaram and urged to accept his resignation, which was sent in speaker format. He spoke to the media on the occasion and said he had asked the speaker to accept his resignation. He said he would not contest in the by-elections. He said he would work for the victory of the candidate decided by the leaders of the Visakhapatnam Steel Plant Conservation Fighting Group.

He said the Visakhapatnam steel factory movement would be further intensified. Andhra Pradesh assembly Speaker Tammineni Sitaram said that Ganta Srinivasa Rao was his old friend. Speaker Sitaram assured that he will pursue the matter after going to Amaravati in a week.