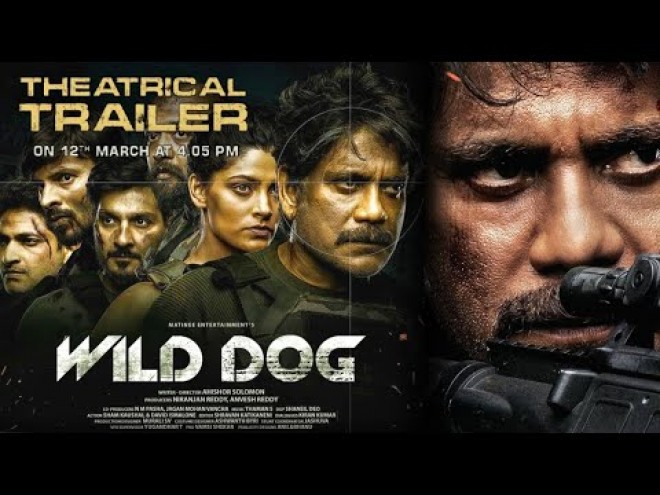 Finally, the time has come to witness the power of an NIA officer Vijay Varma aka Wild Dog which is being played by Nagarjuna Akkineni! Ever since it was revealed that the official trailer of Wild Dog will be released by Megastar Chiranjeevi at 4.05 PM today, Nag and Mega fans are eagerly waiting to watch it.


Finally, the trailer was released by Chiranjeevi! Within no time, it has gained a good number of views. Besides Nagarjuna, Ali Reza, Prakash Sudharshan, Mayank Parakh, Pradeep and Saiyami Kher will also be seen as NIA agents. The trailer starts with the 'Gokul chat bomb blast' which was happened in 2007. One of the police officers who feel NIA can better handle the case suggests his higher authority to assign the case to them. And then, Nagarjuna enters the scene with his team to attack the terrorists.

The stunts in the trailer were superb and the background music given by Thaman perfectly matches it! Touted to be an action thriller, Wild Dog is based on true incidents. The film is directed by debutant Ashishor Solomon and bankrolled by S. Niranjan Reddy and K. Anvesh Reddy on Matinee Entertainment. Kiran Kumar along with director Solomon has penned the dialogues. Atul Kulkarni, Dia Mirza, and Appaji Ambarisha Darba are also playing important roles in the film. The film which has Shaneil Deo's camera work is all set to hit the screens on 2 April 2021.