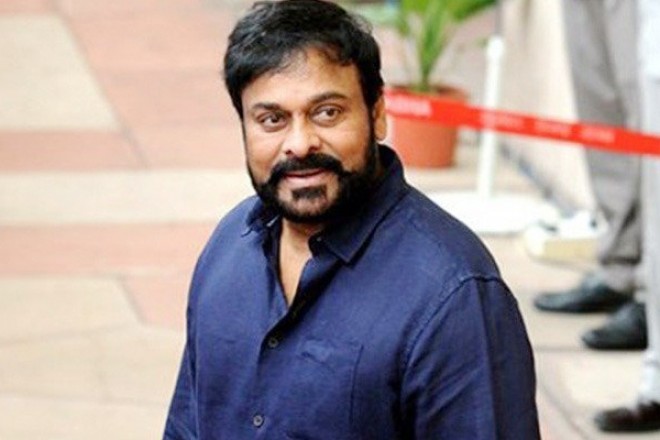 Visakhapatnam: Telugu film industry superstar Chiranjeevi voiced support for Visakhapatnam Steel Plant (VSP) and called on people to rise above parties and regions to save it as it is a symbol of numerous sacrifices.

The actor-politician extended his support to the steel plant protection committee and reminded that the decades old slogan 'Visakha Ukku Andhrula Hakku' (Visakha steel is Andhrites right) is still reverberating in his ears.

"While studying in Narasapuram Y.N. College, we held brushes (paint) with our hands and wrote on the walls that we will achieve Vizag steel," reminisced Chiranjeevi.

The megastar from the Mogalturu village near Narasapuram town in West Godavari district said they organised many strikes, agitations and also hunger strikes for the steel plant as college students.

According to the Prajarajyam party founder, 35 people, including a 9-year-old boy sacrificed their lives to procure the VSP.

He said everybody celebrated when the steel plant started producing steel and noted that the plant is the right of the Andhra people and their self-respect.

"We took pride in learning that Visakha steel has a special place in the country," he said.

However, the megastar observed that it is not tolerable to say that the VSP is being privatised because it is in losses but all these years it has been deprived of captive mines.

"I am requesting the Centre to give up the Visakha steel plant sale plan to private players as lakhs of people depend on it directly and indirectly," he said.

The actor-politician advised the Centre to respect the emotions of the people and consider the future of employees to reevaluate its decision.

Saying saving VSP is the primary objective in front of the people, he called on everybody to rise above regions, parties and politics to save the steel plant.