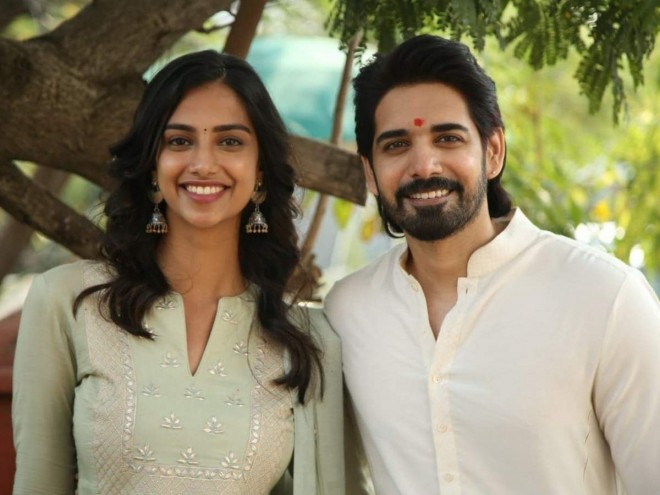 Hero Prabhas has launched the teaser for Sushanth upcoming thriller, Ichata Vahanamulu Niluparadu. The 90 second-long impressive teaser is fast-paced and showcases the life of a young man (Sushanth) who gets involved in an unexpected situation.

Sushanth relationship with his Royal Enfield bullet, his mother, and his girlfriend (Meenakshi Chaudhary) will form the main crux of the story.

IVNR is inspired by real incidents that took place a few years ago. The film is being directed by debutant Darshan and produced jointly by Ravi Shankar Shastri, Ekta Shastri and actor Harish Koyalagundla under AI Studios and Shaastra Movies banners respectively.

Former beauty pageant winner and Bollywood actress Meenakshi Chaudhary seems to be portraying a strong character in the movie.