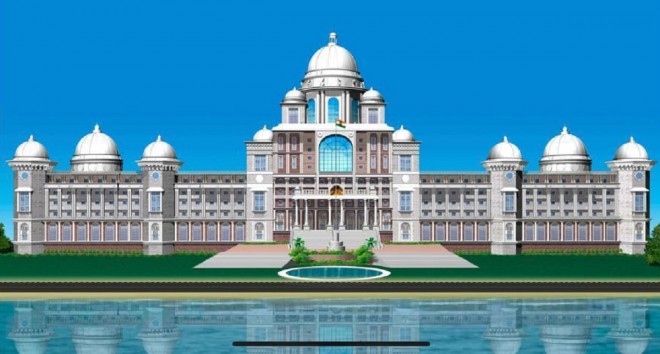 Finally the Telangana government had to call for extension of bidding for the construction of new secretariat complex in Hyderabad. Initially, the Chief Minister K Chandrasekhar Rao-led government was adamant on changing the deadline and also few conditions in the tender document. But now they have agreed to extend the date and have also promised he bidders that funds will be disbursed on time at regular intervals.

Were contractors apprehensive about bidding for the project? Or is there any other specific reason for the delay in starting the work? According to CMO, the work was planned to start from the auspicious day of Vijayadasami. But now looks like it is impossible and will take more time than imagined.

Explaining the reason for the bidding time extension, an official said, "Tender submission date has been postponed till October 20 in view of heavy rains and public holidays."

The Roads and Buildings Department, which invited tenders for the construction of the new integrated complex, has announced that the last date for submission of the tenders has been extended to October 20. According to the revised notification issued by the department, the last date of submission for tenders initially was October 13 and the technical bids were expected to be decided on the same day.

The latest move comes despite revision of the tender notification issued last month extending the time line for submission of the bids. The government has proposed to construct the new complex at an estimated Rs 500 crore and the cost has gone up to close to Rs 630 crore subsequently, following inclusion of several other structures along with the master plan for the complex.


Tender notices had been issued for identification of prospective bidders and the last date of filing the bids was revised twice. In the first instance, the construction value of the new secretariat was pegged at Rs 400 crore, which received the consent of the state cabinet and this was subsequently revised to Rs 500 crore. The escalation in the cost of the construction was attributed to inclusion of staff quarters and related facilities for the staff as well as security mechanism.