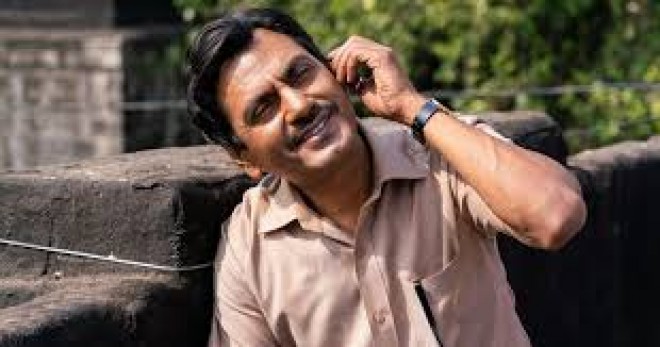 It is about a father to tries to expose his son as a prodigy, even though when the child turns to be normal.

First 20mins of the movie is extraordinary and the boy just nails it.

Ayyan Mani(Nawazuddin Siddiqui) is a Dalit father who works as an assistant under Brahman (Nazar) in National Institute of Theory and Research. Ayyan calls himself as 2G ( second generation) and wants his son to be 4G (fourth generation). By training from his father Ayyan, he makes Aadi Mani a talk of the town.

Movie is all about the class system, caste system and poverty in India. At times melody pitches. At one point Ayyan has to pay for his lies.

Indiara Tiwari as mother, no we should say Dalit mother as exposed in movie. She fulfills her role good.

Serious Men is surely watchable and a complete entertainer with little melody.