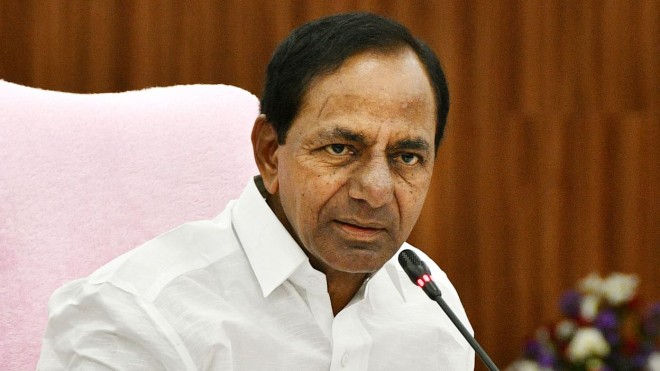 In order to resolve the water dispute over sharing Krishna and Godavari river water, the Union Jal Shakti ministry has proposed to hold an Apex Council meeting with the Chief Ministers of Andhra Pradesh and Telangana on October 6. Both the CMs have also expressed their consent to participate in the meeting.

As part of the preparations for the meetings Telanagna CM K Chandrasekhar Rao has called for a meeting with all the concerned officials. KCR said AP was deliberately instigating trouble in river water issues.


"AP is intentionally creating disputes on River water sharing. We have to give a befitting reply to AP state's arguments at the Council meeting. Give an absolute clarity on issues so that the AP government will not raise the issues again in future. Take the opportunity to expose the seven years delay caused by the Centre and its inactive role on the matter. Utilise the Apex Council meeting to tell the whole country about the facts," CM KCR said.

The CM has called for a meeting today with irrigation officials ahead of virtual conference on river water disputes with AP. He asked the officials to come prepared with information about all aspects of irrigation related to Telangana and matters that have to be conveyed to the Central government, a release said.

KCR pointed out that since AP was instigating trouble, the arguments of that State at the Apex Council meeting have to be effectively countered. The reply on the basis of facts had to be so sound that Andhra Pradesh should not venture to challenge Telangana again. At the same time, Telangana should expose the passiveness and negligence of the Centre to address the issues in the last seven years. The attempts made to violate the rights of the people of Telangana should be retaliated, he added. "The entire country should know the truth from the conference".


The CM wants to use this meeting to point fingers at the Union government and he said the attitude of the centre should also be exposed at the Apex Council meeting. The centre should be confronted to make its stand clear on water allocation to Telangana. He asked the officers to get ready with all arguments on legitimate demands of Telangana.

Today's meeting will decide on how Telangana will counter its neighbour and also get its points understood by the Apex Council.