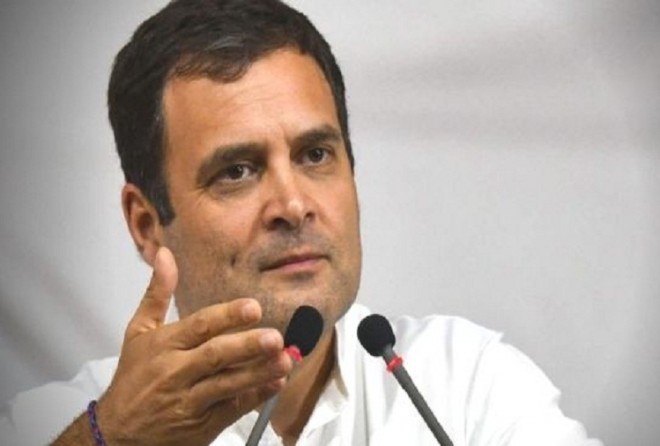 There is a ruckus in the entire country regarding the agricultural law brought by the Modi government of the Center. It is being fiercely opposed by the Congress party. Amidst this protest, former Congress President Rahul Gandhi today spoke to many farmers about this law. Rahul once again opposed the agricultural law and called it the British law.

A farmer from Maharashtra told Rahul that Mahatma Gandhi had made several movements to fight the British, today if Mahatma Gandhi were alive, he would have opposed this law. Rahul Gandhi said that 'there is no difference between the three agricultural farmers and the demonetisation-GST. First killed leg with an ax and now pierced the heart. Targeting the Modi government, Rahul Gandhi said that he will not understand this thing, these people were standing with the British.

The farmers told Rahul Gandhi that no assurance was given about the minimum support price (MSP), this law would only benefit the rich. Rahul asked what is the worst of this law? On this, the farmer replied that if he has to do well then why not bring MSP. The farmers said that will Adani-Ambani buy directly from the farmers? A farmer told the Congress leader that earlier there was East India Company and now this corporate company will come.