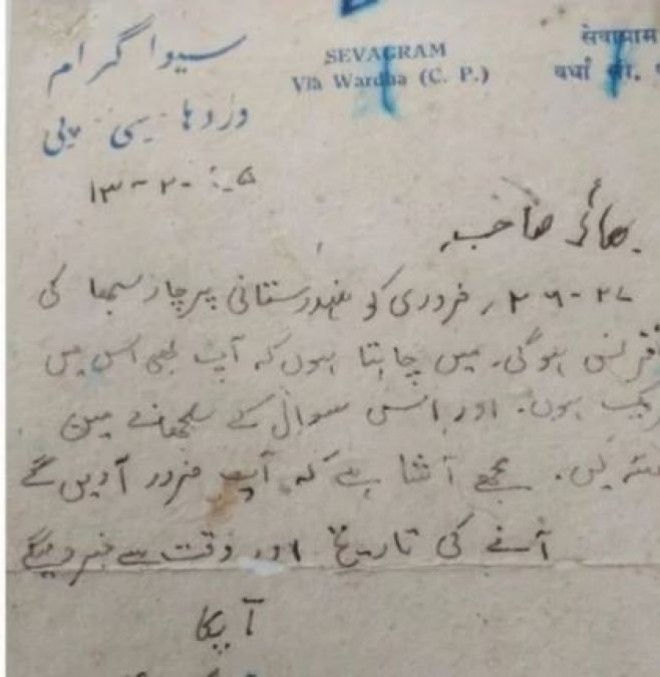 Mahatma Gandhi the father of our nation, there is hardly anyone who doesn't know his name. There are many stories which we have read in our textbooks, but many people may not know that he had written a letter in Urdu, which is still preserved as a heritage. We would like to tell you about this letter which Bapu wrote. These Urdu letters were written in the year 1930. Bapu wrote this letter to invite Maulana Suleiman Uvi to the Indian Publicity Assembly meeting held in Delhi on February 26 and 27.

Gandhi's letter is preserved at the Shibli Academy in Azamgarh, which is also said to be very rare. Bapu was in Shibli College in 1929. When Gandhi arrived here, the prayers of the Maghrib were being read. In the meantime, when a person asked Gandhi for an autograph, Bapu had given an autograph in Urdu, which also affected the people.

The Urdu letter reads: "You are cordially invited to the Hindustani publicity meeting in Delhi on 26th and 27th February. I want you to join and participate in solving this question. I hope you will definitely come to this program- Mohandas Karamchand Gandhi." This letter is said to be very rare, which is still preserved in the museum.