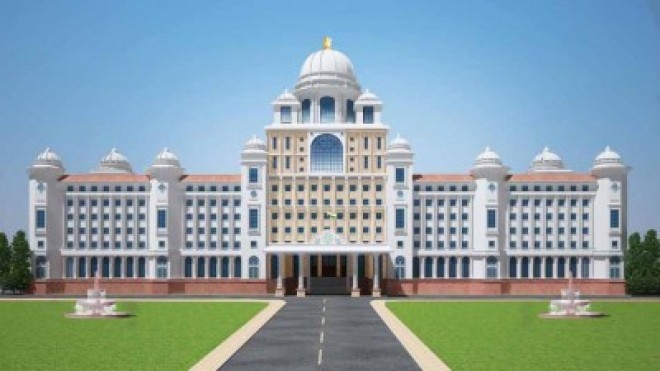 The dream project of Chief Minister K Chandrasekhar Rao is finally materialising. It is being informed that all the required clearances for the construction of new Secretariat building have been received by the roads and buildings department. In fact the state government was planning to invite tenders very soon!

The department had speeded up the process for obtaining necessary clearances before formally calling for tenders. It had secured the approval of the Airports Authority of India for the construction of the new complex. Though the Begumpet airport lying in the vicinity is not being used for commercial operations, clearance of the AAI was required as operation of flights was continuing from the old airport.

The department had applied for clearances of the Pollution Control Board, Fire and Civic departments. Since a majority of clearances are within the purview of the state, obtaining them will not be a problem.

The salient features of the legislations relating to protection of lakes, WALTA and others are being studied, in association with the Law department, not to give scope for any legal hurdles in the process.

Based on the consent given by the state cabinet at its meeting early this month for Rs 400 crores proposed to be spent on the new complex. Accordingly, the department has asked the architects to prepare estimates and bills.