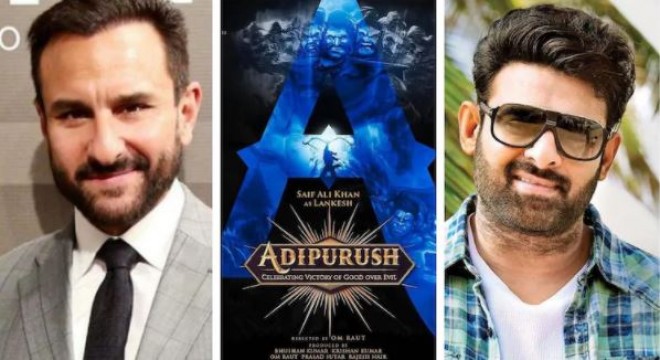 This film will mark as a second collaboration of Saif with director Om Raut. Their maiden film was 2020 blockbuster Tanhanji: The Unsung Warrior.

Prabhas took to social media to announce this news. He wrote, "7000 years ago existed the world's most intelligent demon."

Kareena Kapoor also shared her excitement over this news. She took to Twitter and wrote "Presenting the most handsome devil in history… my man Saif Ali Khan"

Adipurush will be shot in 3D in Telugu and Hindi languages simultaneously. Later it will be dubbed in all south Indian Languages.

This film will mark as Prabhas 22 film. The leading lady is yet to be confirmed. This movie will hit the floors in 2021 and scheduled to release in 2022.