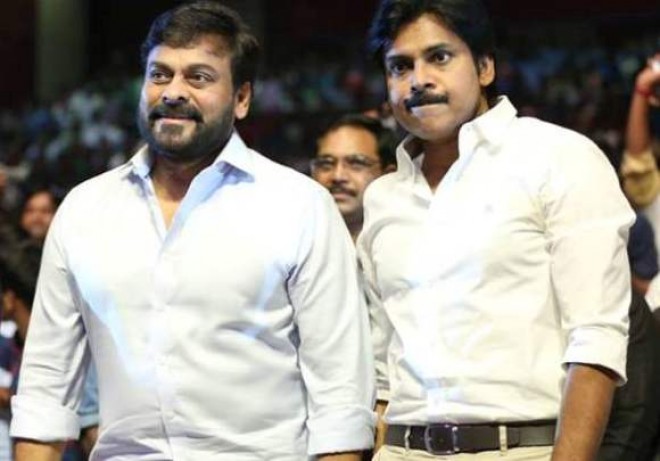 After taking charge as BJP Andhra Pradesh wing president Somu Veerraju met with Chiranjeevi and this raised many doubts. Chiranjeevi is yet to resign from Congress and his meeting with Somu Veerraju led to a wide range of speculations. It is being said that BJP is trying its best to persuade Chiranjeevi to join their ranks.

Rumors are rife that BJP is hoping to project Chiranjeevi and Pawan Kalyan as the face of the party in the days to come.


The saffron party is eyeing to bring Chiranjeevi on board and make him campaign for the party alongside Janasena chief Pawan Kalyan. The party high command sees these two noted personalities as the star campaigners for the party in the 2024 election.

Notably, Janasena is already in an alliance with BJP im Andhra Pradesh. The saffron party is even ready to announce Pawan Kalyan as its chief minister candidate if Chiranjeevi insists on it, say reports.

For now, Chiranjeevi is yet to decide about his political future despite constant interest from BJP. He will be conveying his final decision to BJP sooner or later.