Ganesha Chaturthi and its Significance 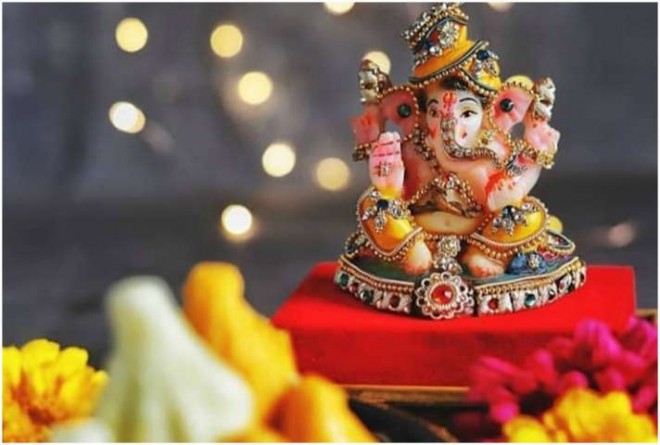 Lord Ganesha is considered as the God of power and wisdom. There are various stories associated that show how cleverly and coolly he used to deal with complicated matters. There are several names given to the Lord after all his good doings like Gajanana, Dhoomraketu, Ekdanta, Vakratunda, Sidhdhi Vinayaka and many more.

Ganesha Chaturthi is a ten-day Hindu festival celebrated to honour the elephant-headed God Ganeshas birthday. He is the younger son of Lord Shiva and Goddess Parvati. The festival, Ganesha Chaturthi begins on the fourth day (chaturthi) of the month of Bhadrapada (AugustSeptember), the sixth month of the Hindu calendar. This year it falls on August 22, tomorrow.

Ganesha Chaturthi is dedicated to Lord Vinayaka. As per Hindu calendar, the fourth day after new moon and fourth day after a full moon are observed as Chaturthi. There are two Chaturthi Tithi in every month. It is believed that Lord Ganesha is in the fourth state and one who worships him on Chaturthi will able to reach to that state.


There are two different versions about Ganesha's birth. One has it that Goddess Parvati created Ganesha out of dirt off her body while having a bath and set him to guard her door while she finishes her bath. Shiva who has gone out, returned at that time, but as Ganesha didn't know of him, stopped him from entering. An angry Shiva severed the head of Ganesha after a combat between the two. Parvati was enraged and Shiva promised Ganesha will live again. The devas who went in search of a head facing north of a dead person could manage only the head of an elephant. Shiva fixed the elephant's head on the child and brought him back to life.

The other legend has it that Ganesha was created by Shiva and Parvati on request of the Devas, to be a vighnakartaa (obstacle-creator) in the path of rakshasas (demonic beings), and a vighnahartaa (obstacle-averter) to help the Devas.

Significance of the Festival
By worshipping Ganesha on this day, one can bring happiness, peace, health, wealth and prosperity to his/her life. The benefits of Chaturthi fasting include material progress, happiness, and prosperity. The importance of Chaturthi vrat was explained by Lord Krishna to Yudhishtira. It is also mentioned in the Narasimha Purana and Bhavishya Purana. It removes the obstacle and creates favourable situations for success. It brings Knowledge, wealth, and fulfilment of desire. It also minimizes the malefic effect caused by planet Mercury. Worshiping Lord Ganesha on Chaturthi provides powerful benefits. Chanting mantra "Om Gam Ganapataye Namaha" helps in fulfilment of all wishes.

According to Speaking Tree: Hinduism establishes Lord Ganesha as the boss (Pathi) of Lord Shivas military (Ganas). In this way, he is given the name Ganapathi. Vinayaka is the title given to Lord Ganapati that proposes that he is the preeminent ace without anybody above him. Doing the puja with proper rituals and true faith on the day of Ganesha Chaturthi is believed to win the blessings of Ganesha and bestow the devotees with health, wealth and peace of mind. Ganesha expels the obstacles in the lives of his devotees and favors them with insight, aptitudes, abilities, satisfaction and success. During the festival, individuals are relied upon to tune in to the tale of Ganesha
Chaturti.

Rituals to Follow
In the morning of Sankashti Chaturthi, an early rise is advised. The observer takes holy bath and chants the names of Ganesha while bathing. After this, the altar of Ganesha needs to be prepared, and prayers must be offered. People going ahead with their routine or official works can do so after that excepting the fasting aspect. If they remain home or take a day off, they can engage in scriptural study or listen to divine stories or chant the names of Lord Ganesha throughout the day. In the evening, the fast is concluded after sighting the moon and offering puja to Lord Ganesha. The time of moon rise is mentioned in the calendar. Those who have difficulties in witnessing the moonrise may take note of this time and prepare for the conclusion of the vrat. However, seeing the moon physically towards the end of the vrat is said to be highly auspicious. After the time of moon rise, the observer will set up the altar, install a picture or idol of Lord Ganesha, offer a formal puja and break the fast.

There are pujas organized to worship Lord Ganesha in each family unit and in each temple apart from private and business complexes. The Ganesha Chaturti puja is a simple one. Ganesha is likewise called Sulabh Prasanna (one who is satisfied easily). Toward the start of the ceremony, the devotee performing Ganesha Puja introduces the symbol of Ganesha on a platform and sings the following Mantra to start the procedures of the puja.

Ganesha Puja is performed with much zeal across India, as Lord Ganesha is known to deliver his devotee from every sin substitute sin with knowledge, goodness, and a sense of action. A lot of people firmly believe that praying to Ganesha becoming a devotee leads to financial success and the fulfilment of their desires.

For people, Ganesha Chaturthi is also a great time which they spend with their friends and family. There is a puja at home and distribution of sweets that are considered to be Ganeshas favourite, such as Modak, Laddu, and Pooran Poli. However, the primary significance and routine of this puja revolve around putting up clay statues of the lord in the neighbourhood, making it an opportunity for friends and family to gather around and offering prayers to Ganesha.