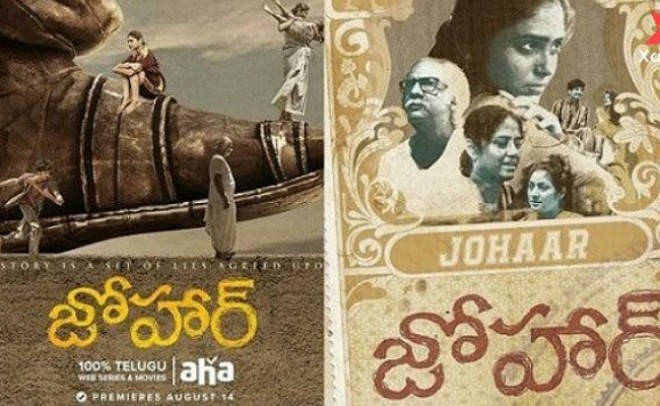 Johaar is a Telugu film which made a decent buzz in the recent times. The film finally released recently and is set to view for premium subscribers on AHA.

The film has been made with an attempt to showcase how various government officials and politicians are neglecting common people needs when they are hired to serve them. There are four stories linked to the main plot which was set on the emotional backdrop.

Coming to the Actors Krishna Chaitanya gets a role to perform after a long gap; Eswari Rao and Subhaleka Sudhakar were also seen in pivotal roles. The glamorous beauty Naina Ganguly played the role of an athlete. The rest of the cast was perfect and spot on with their performances.

The emotional drama is set fine in the first half but in the latter part, things parted and it's easy to predict the plot further by the audience. The screenplay in the second half looks sleek.

On the whole, the director managed to convey his idea of how politicians should work for the betterment of society. Teja Manri has successfully dealt this emotional drama and he succeeded in conveying a strong social message. A must watch for this weekend.