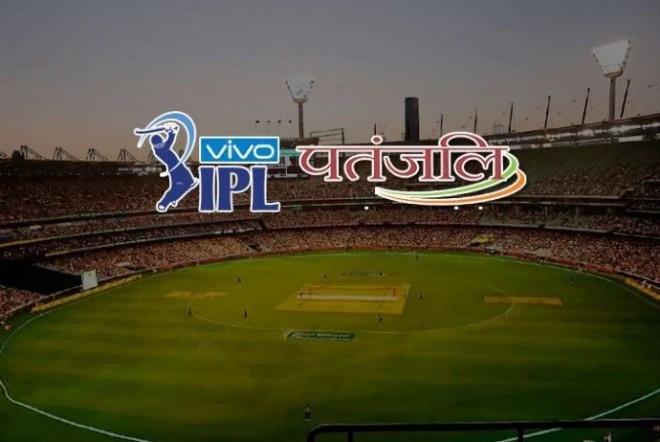 Indian Premium League (IPL) 2020 will be held in UAE from September 19. The world's biggest annual cricketing event is much sought after and Board of Control for Cricket in India (BCCI) which controls cricket and IPL is also euphoric that government has given nod for holding the T20 IPL season 13 outside India. With Covid-19 looming large at India, holding of such mega event is near to impossible so the alternative venue was chosen.

On the other hand, after the standoff between India and China with regards to the border issues, Indian government has given a call to entire nation to ban Chinese products. As part of this exercise, BCCI was looking at get rid of Vivo as the IPL main sponsor. Finally, Vivo walked out of the tournament and now BCCI is looking for an alternative sponsor.

There many big brands like Amazon, Oppo, Coca Cola, PayTM, etc that wanted to take up sponsorship of this cricketing event. Even as the BCCI was deciding on the best bidder, Baba Ramdev's Patanjali has also thrown its hat in the ring to compete for sponsorship of IPL 2020.

Baba Ramdev's Patanjali Ayurved is considering making a bid for the title sponsorship of the upcoming Indian Premier League (IPL), according to a company official. The slot of the title sponsorship of IPL 2020 was vacated after the Chinese firm Vivo decided to exit from it. The move would help the Haridwar-based firm access a global marketing platform, as Patanjali is focusing on exports for its Ayurveda-based FMCG products.


Confirming the development, Patanjali spokesperson S K Tijarawala told to media We are considering this. This is for Vocal For Local and making one Indian brand as global, this is the right platform. We are considering into that perspective.

It is understood that BCCI is coming with the expression of interest on Monday and it has to submit its proposal by August 14. The title sponsorship is a significant part of the IPL's commercial revenue, half of which is shared equally by the franchises. Vivo won the IPL title sponsorship rights for five years from 2018 to 2022 for a reported sum of Rs 2,190 crore, approximately Rs 440 crore per annum.