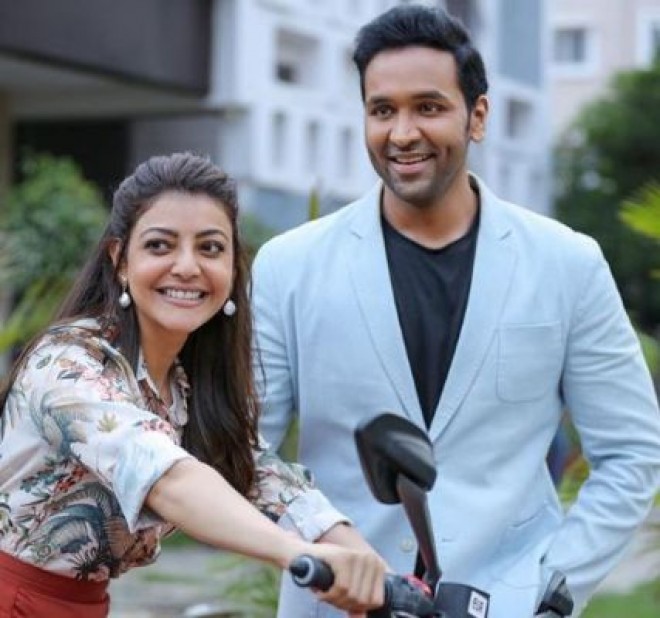 Kajal Aggarwal is an Indian film actress and model. She has established a career in the Telugu, Tamil and Bollywood film industries and has been nominated for four Filmfare Awards South. Aggarwal made her acting debut with the 2004 Bollywood film Kyun !

Where as Vishnu Manchu is an Indian film actor, producer and director known for his works in Telugu cinema and television. He had a brief stint as a child artist with the 1985 film Ragile Gundelu. Years later, he starred in the 2003 Telugu action film Vishnu, for which he won the Filmfare Best Male Debut.

Now recently on the occasion of Rakhi day, audience has realise that both the actors are not only working in the movie Mosagallu together but their characters do have a special bond which they share on screen space together.

While everyone it thinking Manchu Vishnu and Kajal Agarwal is paired in this thriller, makers have given a big twist regarding this. They have revealed that they both play siblings in the movie. It was revealed on the occasion of Rakshabandhan today.

This would be really a new angle for the audience to watch. Its heard that Manchu Vishnu is producing the project and the film will release in multiple languages including English. Geffrey Gee Chin has directed the movie and it stars Navdeep, Ruhi Singh, and Suniel Shetty in important roles.

The film is based on the biggest IT scams. The shooting of the film has been completed before lockdown but it couldn't get a release before lockdown. Now they are looking for a suitable release date once the theaters will be opened. Let's wish the team all the best.