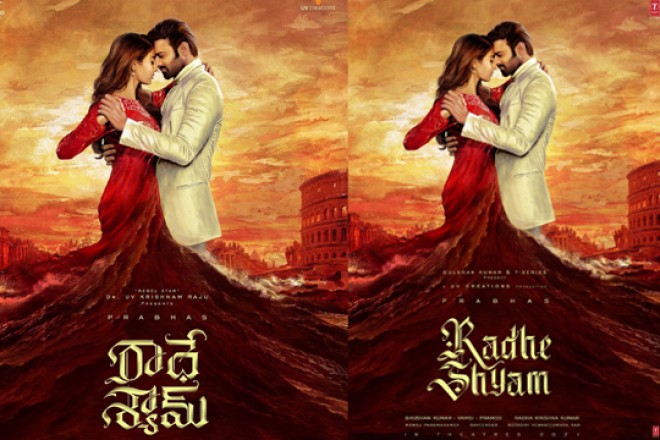 
We can see Prabhas and Pooja in an embrace with waves crashing around them in a fiery landscape.

The film is expected to release some time in 2021, and will be released in four languages, Telugu, Tamil, Hindi and Malayalam.

There were huge expectations on the first look, and after it was released, the response hasn't been huge. Sources are saying that Prabhas's fans are disappointed with the first look because it looks underwhelming, and too heavy on effects.

Let's hope that the film turns out to be a blockbuster, and that the next look will live up to fans' expectations.