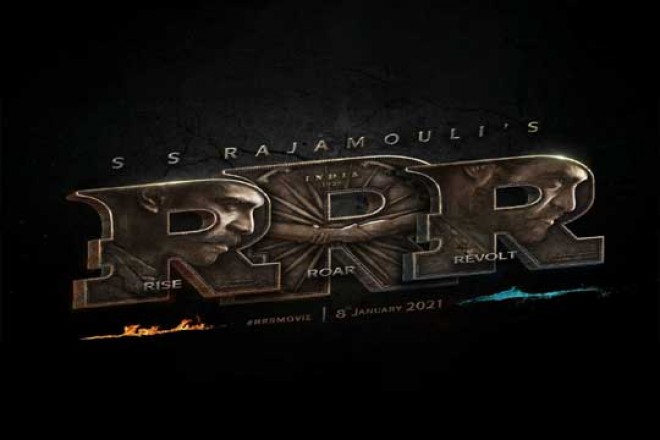 On the auspicious Ugadi festive occasion, the title logos and motion posters for RRR's Telugu, Tamil, Kannada, Malayalam and Hindi versions have been released on YouTube. All the 4 South India versions of the film have been given the same title, while the Hindi version has been titled Rise..Roar..Revolt.

While NTR plays Bheem, the tribal war hero from Telangana, Ram Charan reprises Alluri Seetharamaraju in the movie. The film also features Bollywood stars Ajay Devgn, Alia Bhatt and Olivia Morris in key roles. DVV Danayya is bankrolling this epic action drama with a whopping budget of over Rs 400 crore. The film is slated to hit screens on January 8, 2021 as a Sankranthi festive treat.