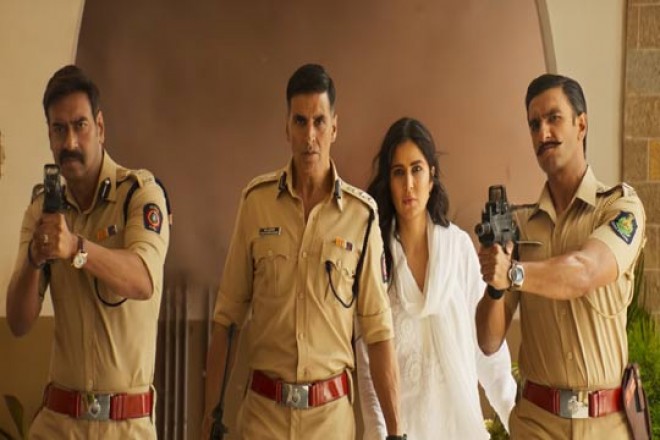 The trailer of Rohit Shetty's latest film Sooryavanshi, starring Akshay Kumar and Katrina Kaif released on YouTube yesterday and has been storming the internet. Akshay Kumar is seen as an agent of Anti-Terrorism squad. The trailer starts off with the various attacks that took place in Mumbai over the years and speaks about the biggest attack that was to happen yet.

Akshay Kumar looks dashing as a sincere and honest police officer, who wants to protect his country against all odds. He is in search of the terrorist gang that plans to bomb Mumbai once again and wants to stop the bombings at any cost. Jacky Shroff is seen as the antagonist in the trailer, and he looks very menacing. Katrina Kaif plays the role of Akshay Kumar's wife, and she looks absolutely promising.

The real treat is at the end of the trailer when Ajay Devgn as Singham and Ranveer Singh as Simmba join Akshay Kumar's Sooryavanshi in a shooting. The frame looks spectacular with the three of them looking splendid in police uniforms. This scene is definitely going to be a treat for all the fans in the theater.

With this film, Rohit Shetty will have completed his Police universe trilogy, and we can all expect a full-length movie with all the three characters very soon.