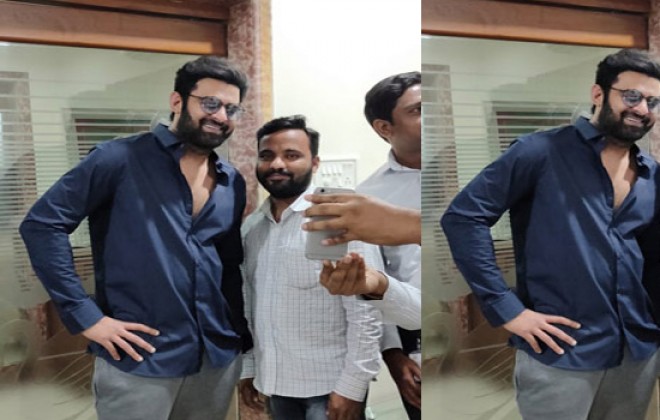 Prabhas is getting in shape for his next film, which will be commencing its shoot this month. He is growing beard for his role in the film.

In the latest snaps, Prabhas is seen in a macho look with beard. His fans and followers are in love with this look and they seem to be very excited about his look in his next film.

Prabhas is said to be playing the role of a palm reader in this as-yet-untitled project, which is being directed by Radhakrishna.

It is being said that Prabhas is determined to get his looks right in this film.

UV Creations are spending over Rs 180 crores on the film and they recently erected sets costing around Rs 25 crores.