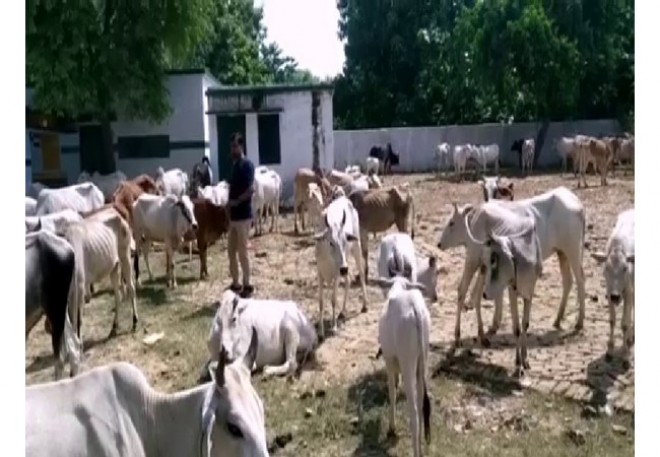 Visakhapatnam: 100 cows have died in a suspicious condition at Kothuru Gaushala in Andhra Pradesh. It is suspected that the fodder of cows was allegedly poisoned. Police have launched an investigation into the case. According to the report, when the cows ate fodder last night, their condition worsened and about 100 cows died.

On receiving information, a team of police and cattle doctors rushed to Gaushala. The team of doctors is treating several other cows in Gaushala. The death of 100 cows under mysterious circumstances has created a tense atmosphere on the spot. After getting the information, the locals rushed there and started making uproar. They have demanded an inquiry into the matter.

Physicians say that the exact cause of death of cows will be known only after post mortem. Police have registered a case and have started investigating the case. Vijayawada Superintendent of Police K Sudhakar said that the Gaushala Management Committee is being questioned in connection with the case. He says the police are awaiting a post-mortem report, after which the exact cause of death will be clear.