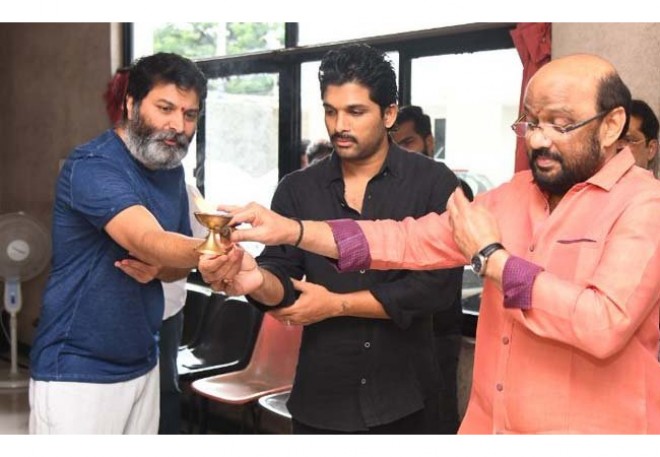 It seems, raining good news for Stylish star Allu Arjun fans this monsoon. The shooting of Allu Arjun and Trivikram film has started in the early monsoon followed by the addition of some amazing cast like Tabu, Sushant, Nivetha Pethuraj, and Pooja Hegde.

Allu Arjun going to complete dubbing of the film simultaneously with the shoot. Probably, the team is planning to release the first look teaser or title of the film on the eve of Megastar Chiranjeevi's birthday in August. Anyway, need an official confirmation over this.