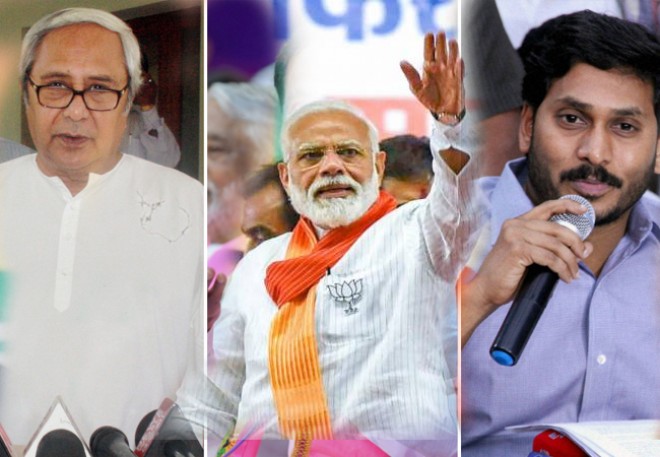 coming to details, "Dear @ysjagan, Congratulations on the remarkable win in Andhra Pradesh. Best wishes to you for a successful tenure," Modi tweeted as Jagan's YSR Congress Party was set to wrest power in the state by getting majority in the 175-member Assembly. The TDP, which ruled Andhra Pradesh for the last five years, was trailing.

In his message to Patnaik, the Prime Minister tweeted, "Congratulations to Naveen Babu for yet another victory in Odisha. Wishing him the very best for the next term."

As per the latest results, the BJD was leading in 115 of the 146 Assembly seats in Odisha.