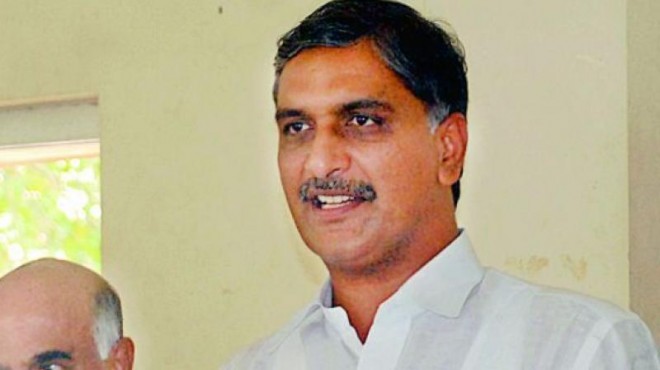 Hyderabad, Apr 30: Telangana CM KCR for long has been sidelining his nephew Harish Rao despite his inborn talent only for his son KTR. However, Harish Rao who remained silent all these months showed his power giving a silent shock to KCR.

Harish Rao and his supporters silently ensured that their anger on KCR shouldn't result in such a manner that Harish's popularity will get a beating and showed their power at the given opportunity. In CM KCR's native village Chintamadaka, Harish Rao ensured that TRS candidate will get elected unopposed.

He silently showed his power and ensured that the rival candidates withdraw their nominations ahead of the elections ensuring the victory of the party candidate. Generally, such pressure tactics will become controversial had any other ruling party leader indulged in these acts.

But Harish Rao with his composure and cool attitude influenced opposition candidates to withdraw in favor of TRS candidate Ramdeni Jyothi who got elected as MPTC.