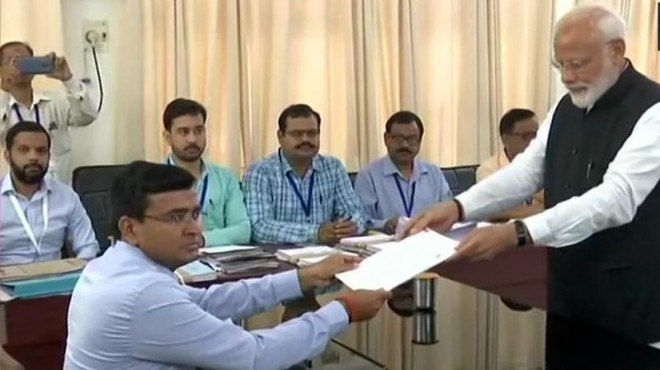 "Pro-incumbency wave is being witnessed for the first time in the country," Prime Minister Narendra Modi told party workers. He said people have made up their minds that they want Modi government again.

"Party workers are real candidates; mood is festive from Kashmir to Kanyakumari," he added.

Taking a dig at the Congress, Modi advised party workers to not be arrogant "because those who showed arrogance were reduced to 40 seats from 400 seats".