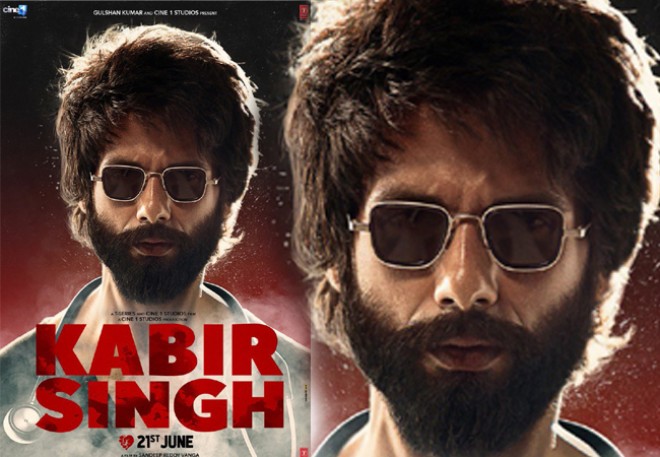 Mumbai, Apr 22: Internet was hit with a storm when the makers of 'Kabir Singh' dropped the spine chilling and gripping teaser of the film.

Not only Shahid Kapoor's fans but his wife Mira Rajput also couldn't hold herself back from appreciating her beloved husband's performance in the teaser.

In short, the film is making noise for all positive and good things so far. Interestingly, to keep the fans hooked, the makers have unveiled yet another poster of the film in this Easter Sunday afternoon. And after looking at the new poster, all we can say is that it is just riveting.

Talking about the film 'Kabir Singh', it is a remake of a critically acclaimed Telugu film 'Arjun Reddy', wherein the title role is played by Vijay Deverakonda.

The film is all about this person Kabir Singh, who is a surgeon by profession and is an ex-student of Delhi Institute of Medical science.

It is a film that takes you to the journey of man who takes the wrong path of self-destruction after his girlfriend marries someone else.

Coming back to the poster, In this new poster we can see the Shahid Kapoor's character Kabir Singh in his intense look with a stethoscope around his neck.

Shahid Kapoor took to his Instagram account and shared the poster. He wrote, " #kabirsingh out in 2 months. 21st June. #waitforit."