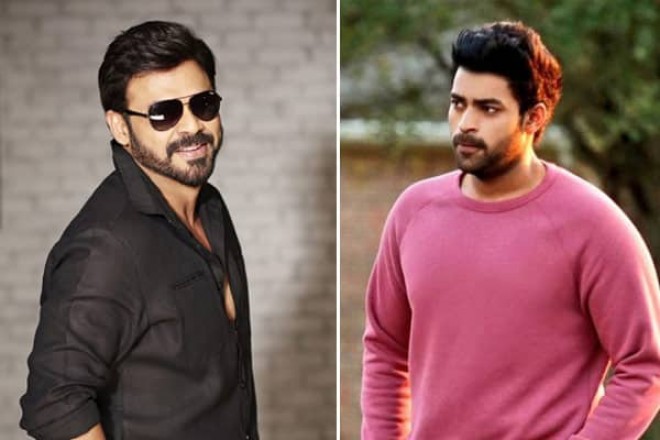 In the midst of all this, it is coming out that Varun Tej got F2 shock. It is known that Boney Kapoor is remaking the film in Hindi under the direction of Anees Bazmi.

Inside talk is the makers are planning to retain Venkatesh and replace Varun Tej. This is disappointing his fans who got excited about his mega entry into Bollywood.

Sources say Boney Kapoor's son Arjun Kapoor will reprise his role in Hindi. Anees Bazmi says "Now is too early to talk about the cast. However, we won’t be working with the same cast as in the original."

He adds "Boney Kapoor and I go back a long way. I've directed successful films for him in the past, like No Entry. We have been planning to collaborate for quite some time now. He recently asked me to remake F2 so I watched the film and I quite honestly loved it! There's a fair amount of humour in it that can be adapted into the Hindi version of the film!"

He revealed "We will have to rewrite the entire script keeping the tastes of the Hindi audiences in mind. Pretty much everything, including the cast, is going to change."