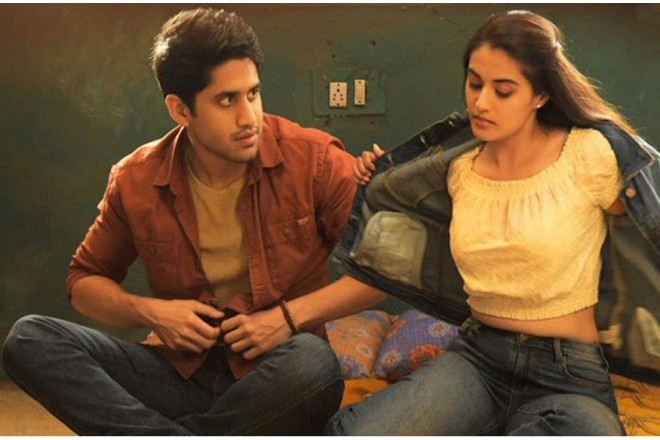 Purna (Naga Chaitanya) is an ITI student. Along with his studies, he also practices cricket with an aim to be a sportsperson. A small fight makes Chay an encounter with Anshu (Dissual Kaushik), making him head over heels with her. It was love at first sight for him, However, unwanted circumstances make Chay and Anshu separation. He then marries Sravani (Samantha). Despite marrying, Chay past love life hinders his relationship with Samantha. How alcoholic Chay changes, what are the redifing moment that makes Chay accept Sravani and her love forms the crux of the story?

Naga Chaitanya is back in his elements. Chay has two shades one essaying a teenager role, in the second half he sports a middleman look with bearded get up. In both the roles, Chay did a fabulous job making us root for him. Debutante Divyansha Kaushik impressed with he histrionics. But it was Samantha who stole the show with her impeccable acting process, especially in the emotional scenes. Other artists include Rao Ramesh, who justified their roles.

Siva Nirvana, who made his directorial debut with emotion film- Ninu Kori has once again chosen the same turf. Without any commercial aspects, Siva has narrated the tale realistically. The First half deals with romance, a lot of fights while the second half narration turns emotional and sluggish at times. Gopi Sundar and Thaman music has helped the proceedings. And the production values are rich, considering the film was mostly shot in Vizag, the raw and rustic look was captured successfully.

Despite the slow pace, its refreshing