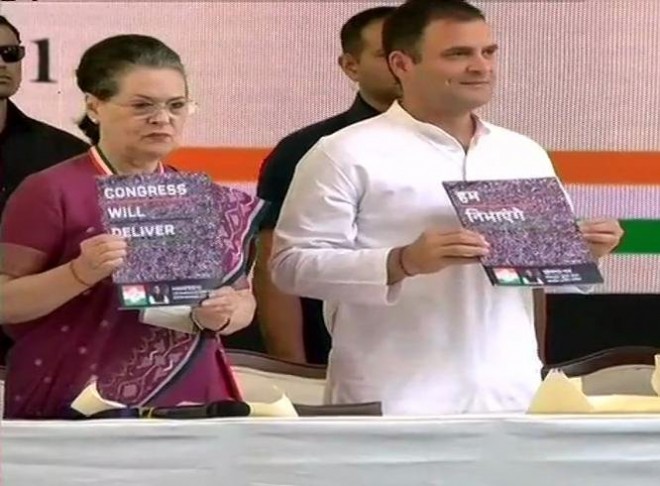 Congress said that the focus will be on three key issues – creating jobs, women's safety and wealth and welfare. The party said it will also pitch for 'Ujjwal Bharat'.

# Main agenda of Congress in the election manifesto:

7. Quality education for every child

"We took a year's time to cover all the objectives in the manifesto. We took opinions from the people and their wishes have been scripted in the manifesto," said Rahul Gandhi at Congress manifesto launch in Delhi.

Rahul Gandhi said Congress promises 150 days of MNREGA in its manifesto. They have also decided to bring a separate farmer's budget and six per cent of the GDP will be contributed to education.

The manifesto document was released by Congress president Rahul Gandhi and all top party leaders, including former prime minister Manmohan Singh, Sonia Gandhi, P Chidambaram, who were present at the party’s Akbar Road headquarters in Delhi.