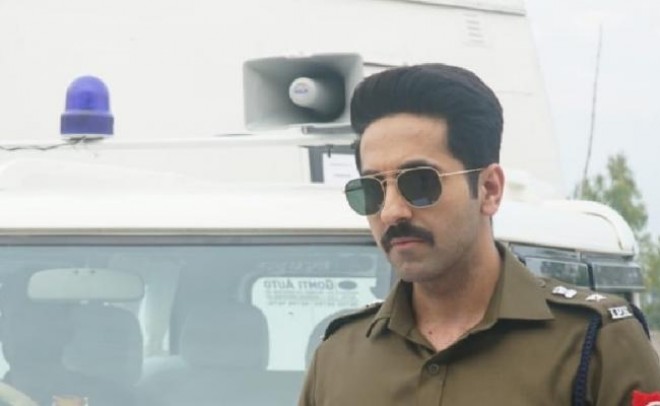 After ardently presenting a rather delicate and provocative subject matter in the critically acclaimed Rishi Kapoor and Taapsee Pannu starrer 'Mulk', director and producer Anubhav Sinha are gearing up to helm his next project.

As seen in the first look, the actor, who has managed to make his mark in the Bollywood industry with his diverse choice of cinema, from sperm donor to a blind man, will be seen essaying the role of a police officer for the first time in this film.

This is the first time Sinha and Ayushmann Khurrana, who enjoyed a successful run at the box office with critically acclaimed 'Badhaai Ho' and 'Andhadhun' last year, will team up for a project.

Speaking about his upcoming project, Anubhav Sinha asserted that, "It is an investigative drama where the audience too is an accused party."

"It is a very challenging film that needed an extraordinary actor like Ayushmann. Delighted to have him on board with an explosive bundle of such talented and acclaimed actors," Anubhav added.