Is Modi not ashamed to visit AP with 'empty hands', asks Chandrababu Naidu 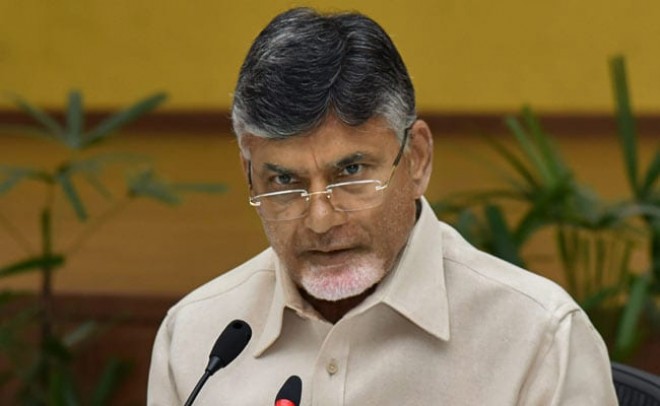 Amravati, March 1: Taking a dig at PM Modi, Andhra Pradesh Chief Minister N Chandrababu Naidu Thursday asked if he was not ashamed to visit the state with 'empty hands'
and said he owed an explanation to 'five crore people' over
unfulfilled promises, vis-a-vis the AP Reorganisation Act,2014.
In a letter to the Prime Minister on the eve of his
a scheduled visit to the port city of Visakhapatnam on Friday,
the Chief Minister said the Reorganisation Act came into being
59 months ago while Modi assumed the high office 57 months
ago.
About five years had elapsed, but no promise made to
Andhra Pradesh has been fulfilled, he said.
"I personally visited New Delhi 29 times and made
numerous pleas to you, but to no avail," the Chief Minister
noted.
Chandrababu Naidu said the people of Andhra Pradesh were
seething over 'your betrayal, injustice and cheating' in the
last five years.
Though the entire country responded to the 'Dharma
poratam' (just fight) of Andhra Pradesh seeking its rights,
neither the Prime Minister nor the BJP reacted, he added.
"On the eve of your visit to Visakhapatnam, I would like
to remind you how angry people of Andhra Pradesh are.
As a representative of five crore people, I am
questioning you on your betrayal and reminding you of our
responsibility as public representatives to understand the
sentiments of people," the Chief Minister said.
In the letter, a copy of which was released to the media,
the Chief Minister raised issues like Special Category Status,
funds for the Polavaram project, Amaravati city, bridging of
revenue deficit, metro rail for Visakhapatnam and Vijayawada
cities and an increasing number of seats in the Legislative
Assembly
"Are you not ashamed to visit Andhra Pradesh with empty
hands, by not implementing the promises made by the then Prime
Minister Manmohan Singh and also those enlisted in the
Reorganization Act? As a person holding a high office, you owe
an explanation on all these issues.
I am demanding that you answer the five crore people of
the state on these," the Chief Minister said.
Referring to the Railways' announcement of the establishment
of a new South Coast Railway zone at Visakhapatnam, he said
the Centre once again 'cheated' the state by giving away the
Rs 6,500 crore revenue earning KK Line to Raigada Division,
leaving only the 'paltry income earning region' to the state.
Meanwhile, addressing a meeting of senior TDP leaders,
the chief minister directed them to stage protests state-wide
on Friday against the Prime Ministers visit.
"I will wear a black shirt. Everyone should wear black
shirt and protest with black flags," he said.