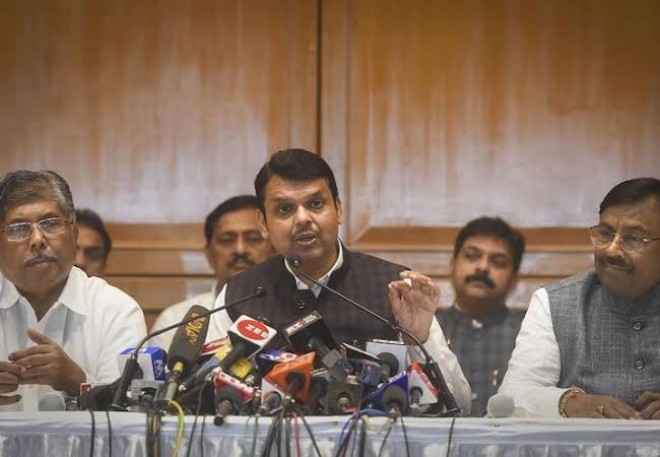 Mumbai: Maharashtra Chief Minister Devendra Phannavis visited Governor Bhagat Singh Koshyari on Friday. According to the agency, he has submitted his resignation to the Governor. The term of the Legislative Assembly is completed today.

Earlier on Thursday, Maharashtra BJP delegation met Governor Bhagat Singh Koshyari. After the meeting, BJP state president Chandrakant Patil said that the people have given a majority to the BJP-Shiv Sena 'Mahayuti'. There is a delay in forming the government, by now the government should have been formed. We met the Governor to discuss legal options and political situation in the state. We will discuss with the high command and decide the future strategy.

The meeting of the newly elected Shiv Sena MLAs in Matoshri (Shiv Sena headquarters) is over. According to sources, the MLAs have abandoned the decision on Uddhav Thackeray. After the meeting, Shiv Sena MLA Gulabrao Patil said, 'We will stay at the hotel for the next two days. We will do what Uddhav Thackeray asks us to do.