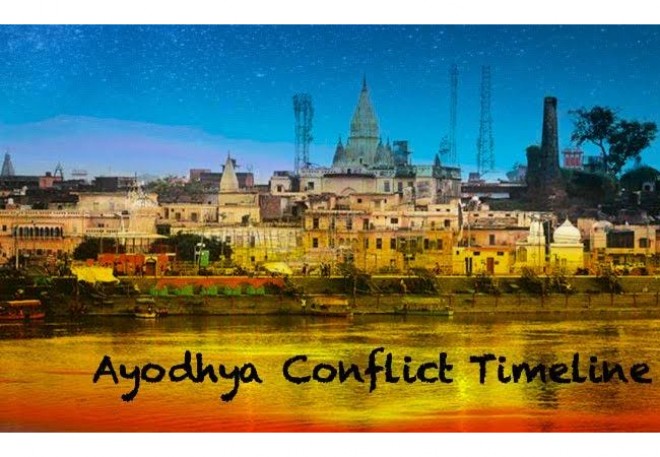 As we all know that the issue of Ram temple and Bawri Masjid in Ayodhya has been going on in the court for many years. The Supreme Court can hear the verdict on the Ram Janmabhoomi-Babri Masjid dispute in Ayodhya. Between which a message related to the Ayodhya dispute is going viral on social media. It is claimed that in the wake of the Ayodhya decision, new rules of communication will be implemented. It is also being said that all the calls will also be recorded in them.

What is viral; It is written in the viral message- 'Ayodhya verdict, new rules of new communication will be implemented from tomorrow: -

1. All calls will be recorded.

2. All call recordings will be saved

4. Inform all those who do not know.

5.your devices is connected to ministry systems

6. Note that do not send any wrong message to anyone

7. Inform your children, brothers, relatives, friends, acquaintances etc. that all of them take care of them and run social sites sparingly.

8. Any objectionable post or video .. etc. which you recieve against the government or the Prime Minister on politics or current situation, do not send it.

9. Presently writing or sending any objectionable message on any political or religious issue is an offense. Doing so can result in arrest without warrant.

10. Police will pull out a notification then Cyber Crime then action will be taken.

11. It is very serious. All you group members, admins, ... think deeply on this topic

12. Do not send any wrong message. Inform everyone and take care on this subject.