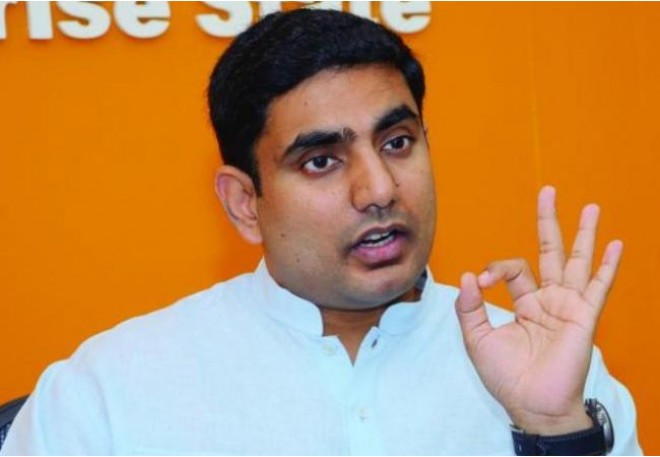 Nara Lokesh previously took part in numerous protests along with his father Nara Chandrababu Naidu. Today, he sat on his first solo Deeksha against the YCP government's uncertainty over the new sand policy.

This protest started at 10 AM and will go on till 5PM today in Guntur. Telugu Desam Party forces came out in good numbers to support their young gun.

This is Lokesh's first major protest and it is of utmost importance for him to come up with a compelling speech in the end.

Lokesh will have to prove himself in the next five years by challenging YCP in every way possible. Only then can he enjoy unconditional support from Telugu Desam Party cadre.

It remains to be seen if the TDP scion can impress everyone with his all-important Deeksha or not.