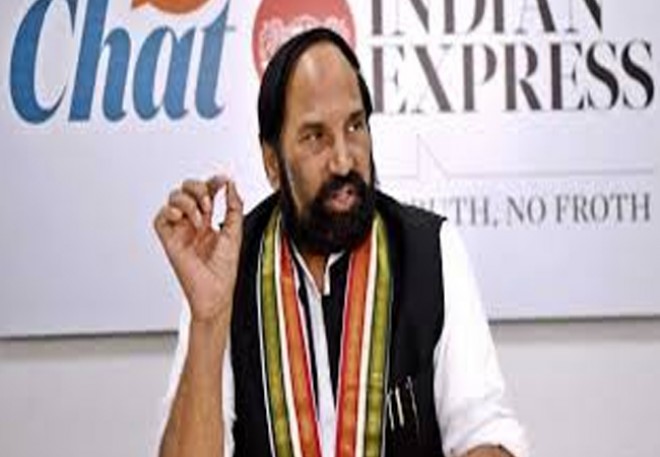 Huzurnagar: Telangana Pradesh Congress Committee (TPCC) president and Nalgonda MP N Uttam Kumar Reddy on Thursday said the victory of Congress party in the October 21 Huzurnagar by-election will decide the future of politics in the State.

Addressing a press conference here, along with TJS president Prof M Kodandaram, Congress MLA T Jeevan Reddy, former minister Damodar Reddy and others, he said the victory of Congress candidates Uttam Padmavathi was essential not only for the people of Huzurnagar constituency, but also for the entire State. "People's verdict in Congress party's favour would send a strong message to Chief Minister K Chandrashekhar Rao that his style of functioning was no longer appreciated by the people," he said, adding that a defeat in Huzurnagar might force the TRS government to focus on fulfilment of electoral promises and inculcate a fear that it could face similar rejection in all other constituencies in the State.

The Congress leader, stating that it would the people's misfortunate if TRS wins the by-polls, alleged that the ruling party leaders would turn Huzurnagar constituency into a den of mafia activities if they win the by-election.