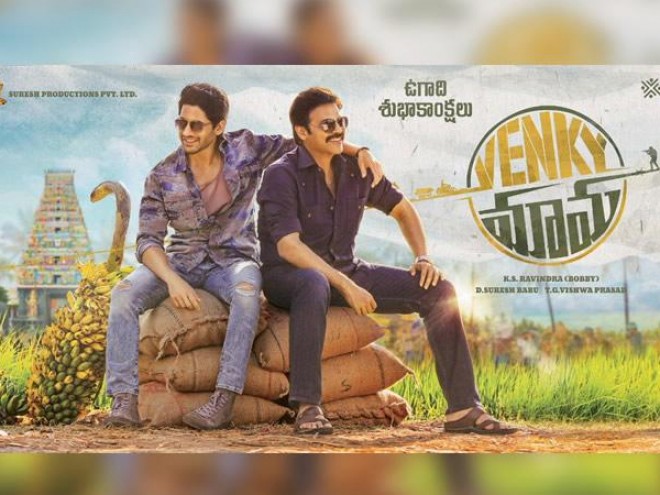 Venky Mama is one of the highly anticipated multi-starrers in recent times with Victory Venkatesh and Naga Chaitanya joining hands together for the first time in a full-length feature film (remember Venky's cameo in Premam?). The film which has Raashi Khanna and Payal Rajput playing the female leads, and directed by Bobby has been progressing at a rapid pace so much so that the makers have now said to have arrived at the probable release date. As per the latest grapevine, Venky Mama will hit the screens on 13 September. Interestingly, last year too, Naga Chaitanya's Shailaja Reddy Alludu was released on the same date. Similar to that film, Venky Mama is a hilarious comedy-drama.