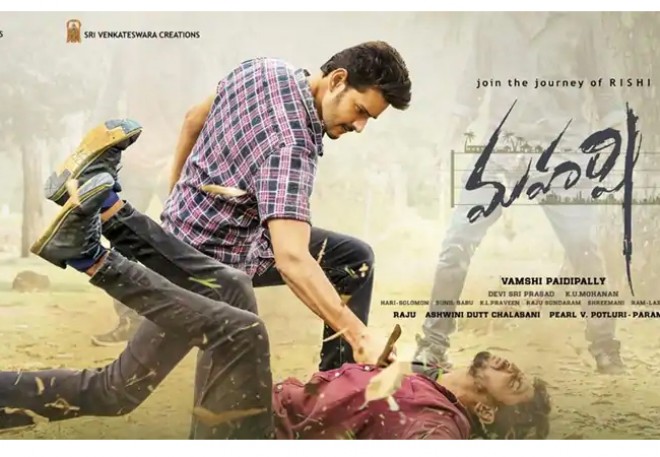 Superstar Mahesh Babu's recent big budget outing Maharshi released on Thursday and it received mixed response from the audience. Vamshi Paidipally is the director and Mahesh thrilled his fans in three different shades in the role of Rishi. The film managed to stand super strong despite of getting mixed reviews from the audience. The film raked Rs 35 crores in just two days across Telugu states. The collections have been quite slow in USA where Mahesh has a strong hold.

The film breached into million dollar mark by Saturday. Maharshi is the ninth million dollar film for Mahesh Babu and he is the first South Indian actor to achieve this. Trade analysts predict that Maharshi will end up collecting 1.5 million USD in its final run and will end up as a loss venture in USA. Pooja Hegde is the heroine and Devi Sri Prasad is the music composer. Dil Raju, PVP and Ashwini Dutt are the producers.