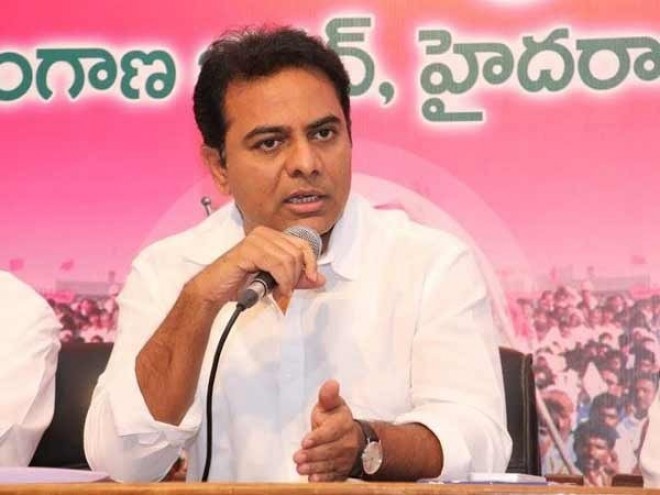 Hyderabad, Apr 09: TRS working president K.T. Rama Rao in a mammoth roadshow at Moosapet in Malkajgiri Parliament constituency lashed out at both the BJP and the Congress stating that the promises of neither party had materialised.

At the roadshow of TRS MP candidate M.L.R. Rajashekar Reddy, the new slogan of the Congress party 'Ab Nyay Hoga' was ridiculed by Rama Rao. He said, "What were they doing for 71 years?"

Rama Rao stated that Prime Minister Narendra Modi promised to create two crore jobs in five years but nothing was delivered. Similarly, the promise to bring back black money had also not materialised.

Mr Rama Rao said, "Marri Rajasekhar Reddy is a localite and knows your problems. He will resolve all the issues in the area."