What development did TRS MPs achieve in last 5 years? 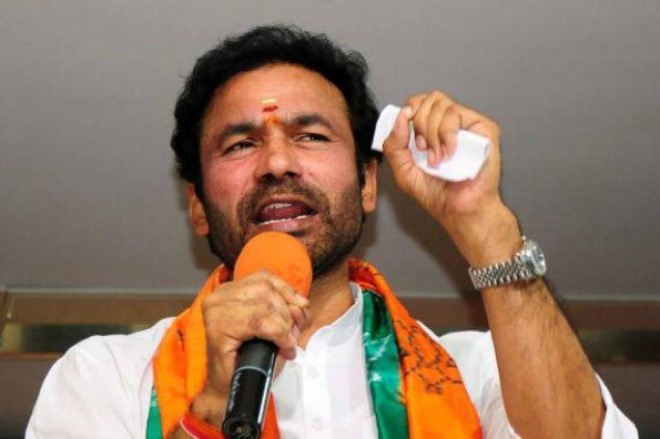 Speaking at the election rally at LB Stadium which was addressed by Prime Minister Narendra Modi on Monday, Reddy referred to the results of the recent MLC elections and said, "Educated people did not vote for the TRS."

Mr Kishan Reddy said, "If you vote for TRS, it will go to a bekaar sarcar. The CM only wants to benefit his family. Even before he develops Telangana, he has his eyes on Delhi."

"How can they image they will win all 16 seats. What development did TRS MPs achieve in the past five years."

He appealed to voters not to waste their vote by supporting the TRS.